What will I learn in each lesson?

After months of rehearsing songs and practising dance moves, the Northwood choir took to the stage for the Peace Proms concert at the Liverpool Echo Arena on Saturday 27th January. The choir, which is mainly made up of Year 4 and 5 pupils, arrived for a rehearsal with the conductor Greg Beardsell to perfect their dance moves! Everyone was so excited as the audience arrived and filled up the arena ready to cheer everyone on.  The choir sang a range of songs such as ‘Reach for the Stars’ and ‘Earth Song’ with hundreds of other school choirs from across the North West. It sounded fantastic! We were so impressed with the effort that all the children put in to the performance on the night.  Parents and carers who came to watch in the audience were equally impressed with the show.  Well done Northwood choir!  Keep singing! The children have been working hard to prepare for the Liverpool Peace Proms which will take place on 27th. January 2018 at the Liverpool Echo Arena. They have been rehearsing a wide range of songs which they will perform

alongside other schools in a large-scale choral and orchestral performance. Peace Proms celebrates culture and diversity and aims to promote peace, unity and tolerance through music. 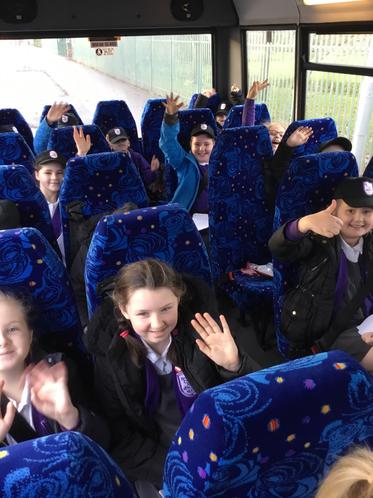 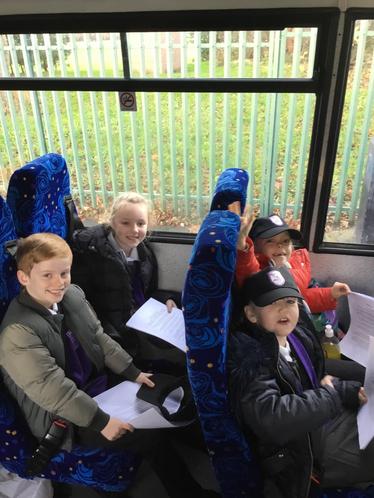 The songs include “Get Back Up Again”, which promotes perseverance and positivity, a Hairspray medley which encourages standing up for what you believe is right, and “Reach”, which inspires the children to follow their dreams and reach for their goals. This month (December), we attended a workshop at the Echo Arena to rehearse the songs and perfect our moves! During the Summer term children were invited to attend the after school Funky Music club, where they could try out a selection of instruments, sing and learn to play in a group. Within just a few weeks the children learned to play short accompaniments on instruments such as the keyboard and the flute. Although the club took place here at Northwood, we were also joined by children from Ravenscroft and St. Marie’s. It was a great opportunity for children to meet and work with others from neighbouring schools. The club finished with a short performance for parents and the children received certificates. Well done to those who took part and keep playing! 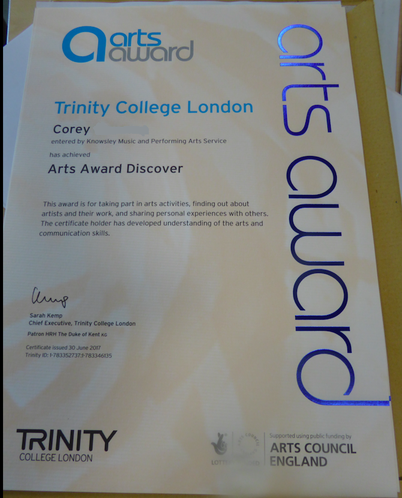 Congratulations to the children in Penguins class who have been awarded their Arts Award (Discover Level). This is a national qualification for children, designed to develop their creativity. The children looked at different art forms, collecting examples of them in a Log book. It was also an opportunity to research a musician and to reflect upon skills of their own, acquired through learning to play the recorder. Thank you to Mr. Wilkinson and the children involved for all their hard work!

Well done to the children of Year 3 and 4 for their fabulous performance! It was a great opportunity for the children to show their parents the work they have been doing this term on the recorder, and they should all be very proud of themselves. The children sang and played various pieces including Jingle Bells and Silent Night, finishing off with a Christmas rap to create that festive feeling! 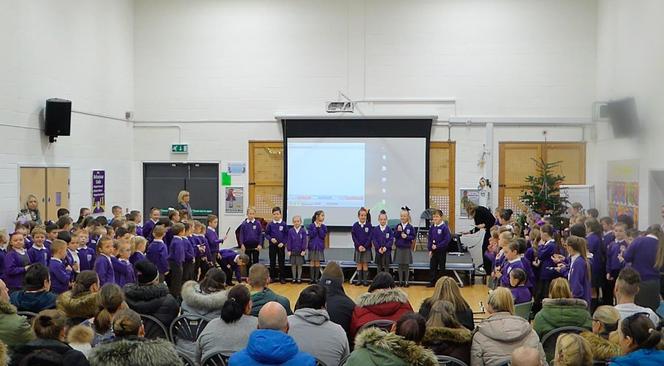 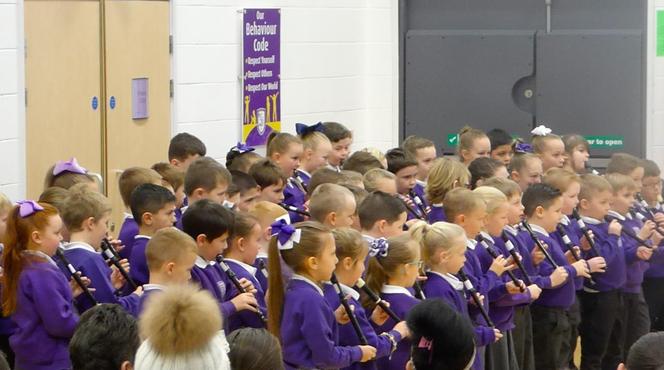 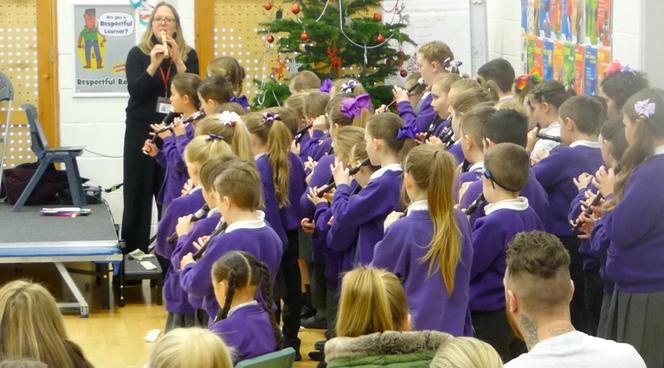 Children from the Peace Proms Choir sang their hearts out for the residents of Appleby Court care home. The residents were delighted to hear a selection of songs that will be performed at the Echo Arena, together with a medley of carols from the Key Stage 2 Christmas performance.

The children thoroughly enjoyed performing and were rewarded for all their hard work with a chocolate gift. 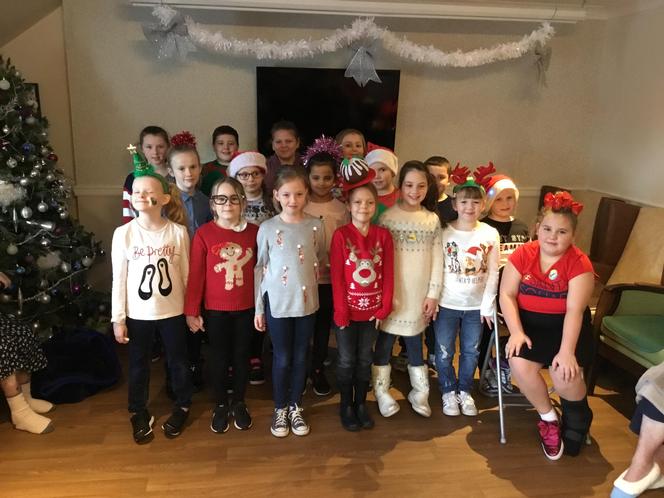 On the last day of half term, 24 dedicated pupils and 6 staff members ventured on an exciting journey to the MEN Arena to participate in the Young Voices Concert.

Our wonderful singers, accompanied by over 8000 other children, sang and danced the night away, performing in front of a packed arena.

The children were credit to our school giving maximum effort and enthusiasm right up until they returned at midnight! Pupils thoroughly enjoyed the experience, as one pupil explained, “this is like a dream”.

Thank you to all staff involved in the preparation and organisation; ensuring our children were well looked after.

We look forward to seeing who will sign up for the event next year! 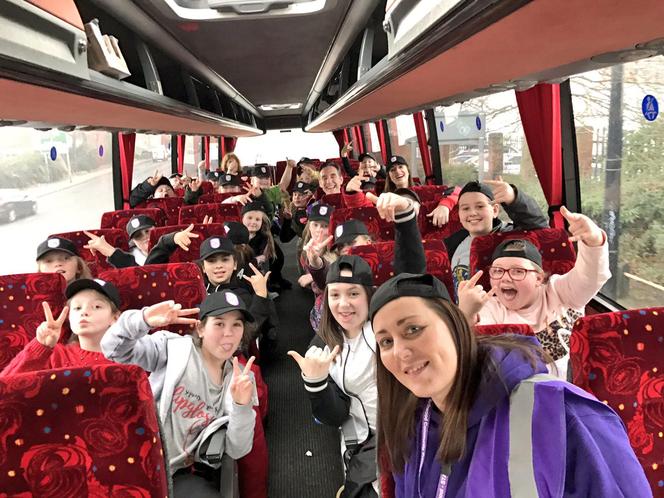 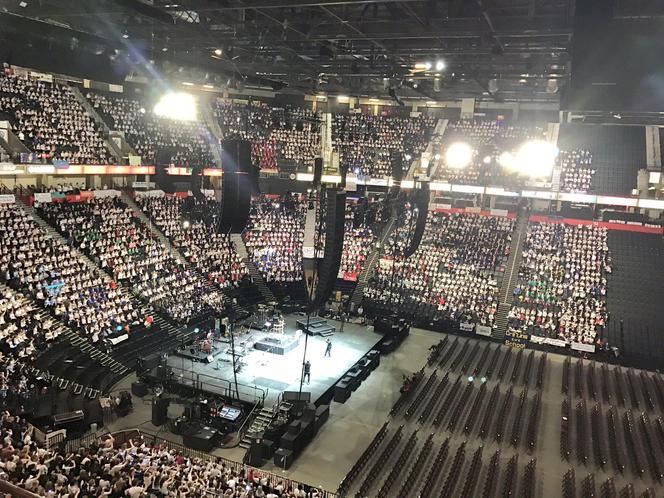 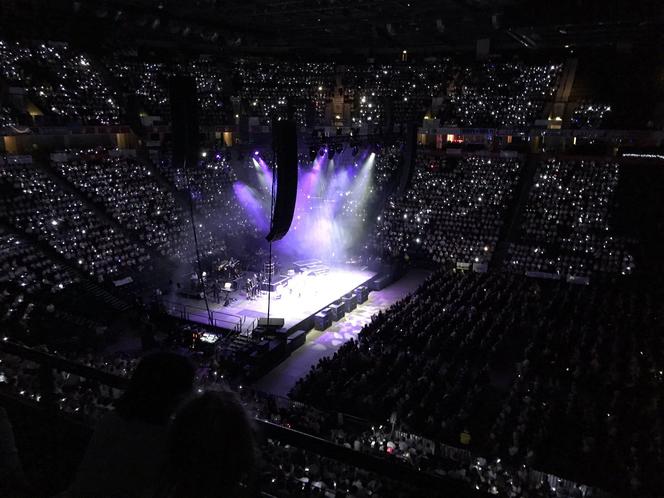 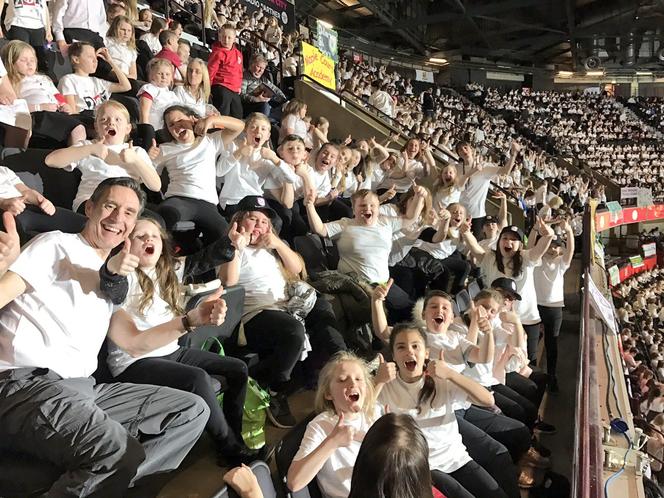 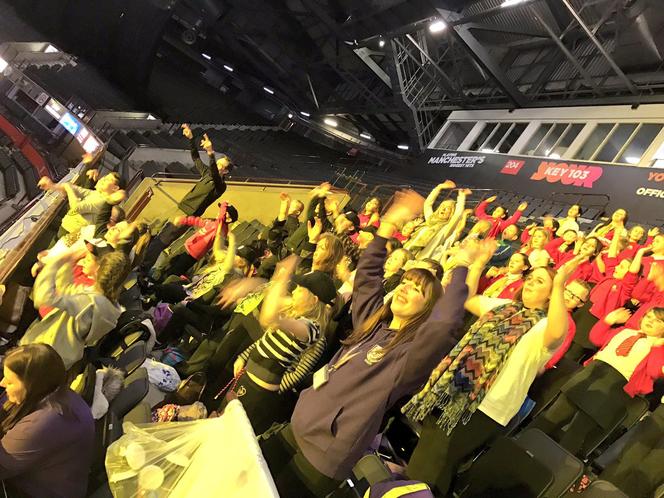 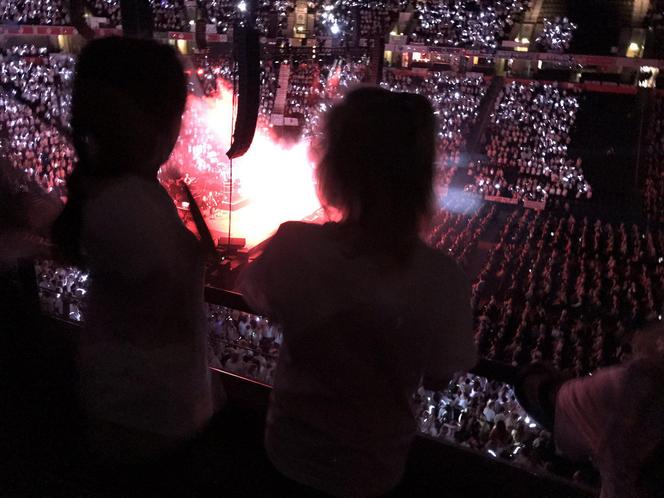 The Northwood choir have been very busy rehearsing for the Young Voices concert at the MEN Arena. They have been learning the songs and dances for months now and are really excited for the big event!

To get a feel for performing in front of an audience, we took the children to Appleby Court to perform to the residents.

The feedback from the staff at the home and the residents was very positive and they wished the children lots of luck for the Young Voices concert. 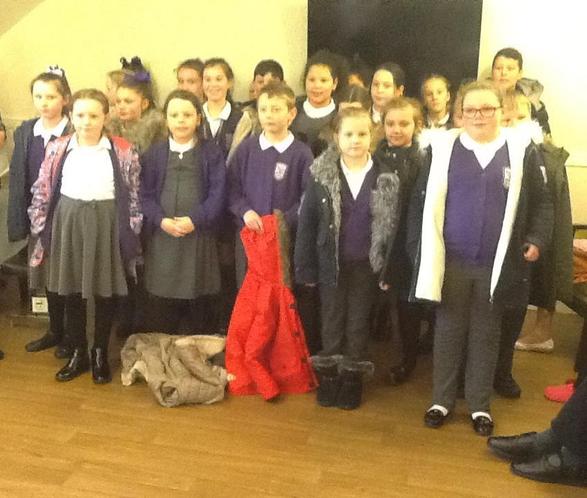 This Summer the musical group ‘Key Strings’ provided us with a terrific performance!  To mark the 2016 Olympic Games which are due to be held in Brazil, the show opened with the samba sounds of Rio.

With the help of the Key Strings duo, the children had their own opening ceremony in which they paraded flags and lit the Olympic flame.  Then the musical elements (timbre, texture, dynamics, structure, pitch, tempo and duration) were explored through the music of the continents of the Olympic flag.

We learnt about string instruments from the past and the present, linking the ancient games with the modern Olympics.

Both the children and the staff thoroughly enjoyed listening to the music and participating in the activities, whilst learning a lot about the musical aspects of the Olympic Games. 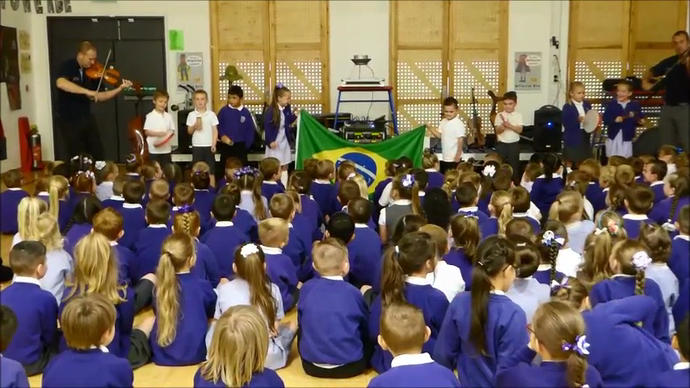 Last week we were very fortunate to have a group of students from the Liverpool Institute of Performing Arts (LIPA) visit the school.  They brought with them their amazing Shadow Theatre which they used to help them tell the Winter Myth stories.

In addition to the special effects provided by the shadow theatre, the children enjoyed the humour provided by the animal characters, and the singing that both opened and closed the show.  A big thankyou to the students at LIPA – you are fantastic!

This term we were very fortunate to have ‘Music Alive’ perform for us here at school.  They are a fantastic orchestra created by the Knowsley peripatetic music teachers.

The concert started with a lively rendition of the Muppets theme tune to get everyone in the mood! We went on to learn about the 7 different elements of music – tempo, dynamics, duration, timbre, pitch, structure and texture.

We also learnt about the different kinds of instruments in the orchestra – percussion, brass, string and woodwind.  We saw and heard a range of large and small woodwind instruments.

Everybody sang along to the orchestra.  We sang ‘In the Jungle’ in 3 parts.  Through the Jess Glynne song ‘Hold my Hand’, we learnt that songs have a structure based on the introduction, bridge, chorus and verse.

It was a great opportunity for the children to experience live music and see teachers they have known over the years performing as an orchestra. A big thank you to the Knowsley peripatetic team!